20 years ago restaurant reviews were entirely focused on fine dining. A reviewer could crush a restaurateurs dream with a simple pen stroke or tap of the keys.  In recent years, restaurant critiques are only getting hotter for restaurant owners and the world of reviewing is no longer just for fine dining. Owners now face a 24/7 worldwide slicing and dicing of their operations.  The world of food bloggers has spread faster than e-coli from a bad food cart.What do a five-star restaurant and a dive bar on the corner have in common? Hard work and the goal of customer satisfaction.

A recent visit to the new Wing-itz in Dover reminded me of the commonality between all restaurants, fine and dive; food, service, and a good atmosphere. The newly opened location is in the former Spun Records shop on Central Ave. in Dover. Wing- Itz has a larger location in Portsmouth that has been there for seven years. Wing-Itz specializes in hamburgers and hot dogs. Just kidding, obviously they focus on bone-in and boneless chicken wings and damn, do they do it well!

I grew up eating chicken wings and the buffalo wing will never cease to satisfy my taste buds. In my constant search for the best wings in town I’ve eaten at almost every pizza joint and bar. I’ve tried Thirsty Mooses’ smoked and fried whole wings (the best, but pricey), Kendall Pond Pizza II has chicken wings that are breaded and tiny, Rogers Pizzas’ wings are breaded and coated in their spicy buffalo oil, and Dominos wings make you question if there is real chicken involved. Wing-Itz takes the cake for best wings in town. 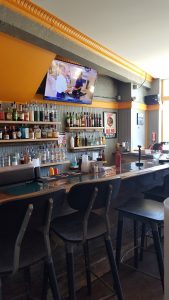 We went for lunch at Wing-Itz on a Tuesday and the restaurant quickly filled up. The server was also the bartender and she was cruising around, accommodating all the customers with a smile and chatting with regulars. Wing-Itz was blaring classic rock, and at first, my hangry sass made it feel a little too much, but as I settled in it made me happy. Our server also cheered me up, she had it together and her and the kitchen crew were totally jiving.

We decided on a basket of french fries with bacon jam dipping sauce. The french fries were thick and crispy on the outside with sizzling hot soft potato inside and the perfect amount of salt. The bacon jam was a little thick, made with bacon, brown sugar, and whole grain mustard. I thought that there could have been more spice, and less mustard. Overall it was a good addition, but the fries were so good on their own I would not bother to order a special sauce again. 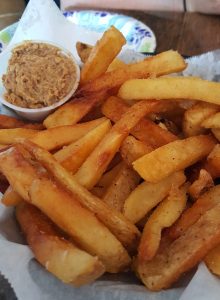 We ordered 20 wings, 10 with HOT buffalo sauce, and 10 with garlic parmesan sauce. The wings were served within 10 minutes piping hot with just the right amount of sauce. Wing-Itz cooks their bone-in wings in oil without any breading, their boneless wings are cooked in Gluten-Free corn flour. The wings came to us piping hot and perfectly coated in sauce. On the inside, the wings were juicy and tender. The hot buffalo sauce was hardly hot in terms of spice, but had that pleasant vinegar spice that we have all grown to love. The texture and temperature made up for any lack of spice. The garlic parmesan sauce was thick and rich, similar to a creamy dressing and added a great contrast to the buffalo taste and the crispy skin of the wing. We chose Blue Cheese dressing on the side and I was delighted by a big chunk of cheese in my dressing (curd nerd alert). 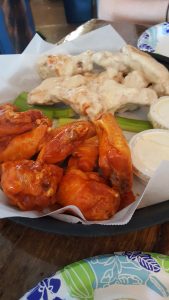 Wing-Itz offers salads, sandwiches and lunch specials. I think their prices are a little high even for the best wings in town. They have the usual selection of sodas and draft beers. I was disappointed that I was charged $2.65 for a soda water out of the soda gun. They have a wide variety of sauces including a weekly special. Sauces vary from BBQ and Buffalo to Thai Peanut and Hot Teriyaki. Overall, when I’m craving chicken wings I will head to Wing-Itz; their french fries and bone-in wings can’t be beat. I do wish they were slightly more affordable and offered a wider variety of side dishes to really seal the pub-grub deal.

Wing-Itz Dover is located at: 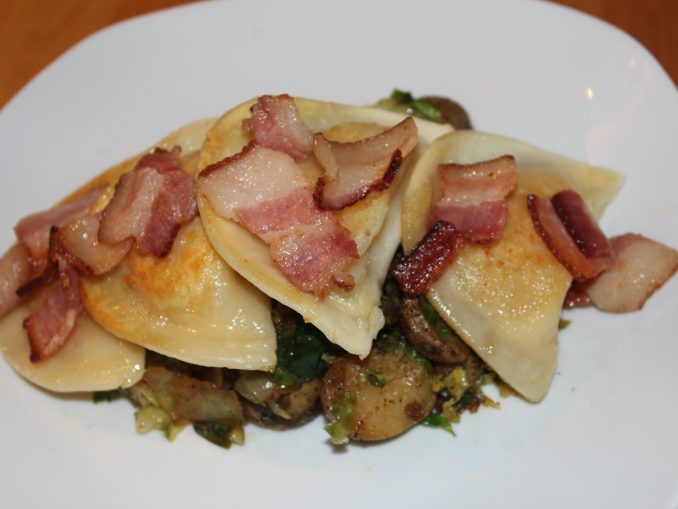 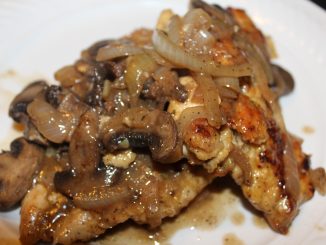 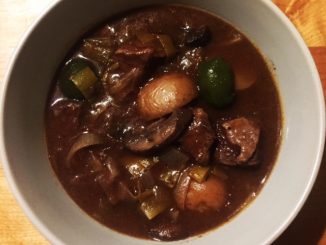 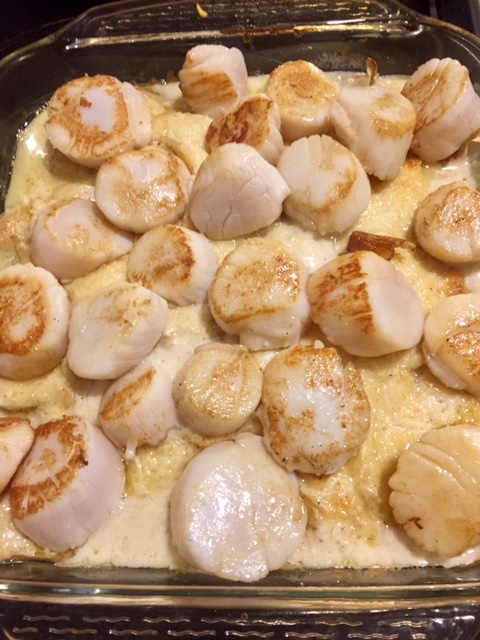 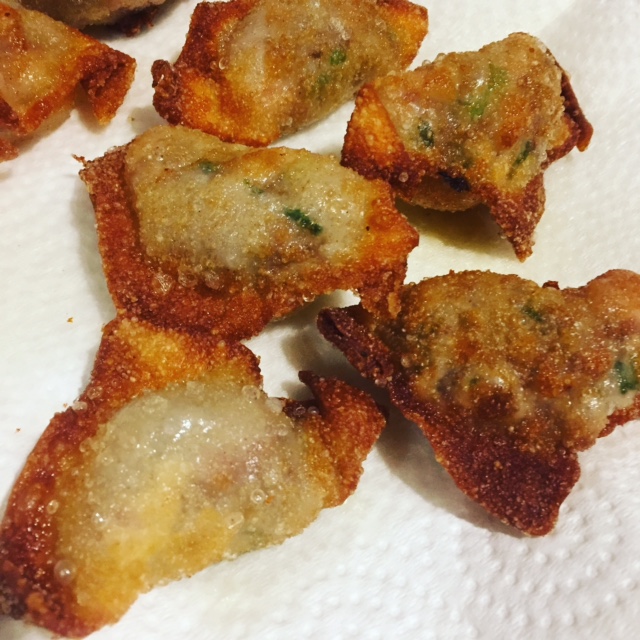 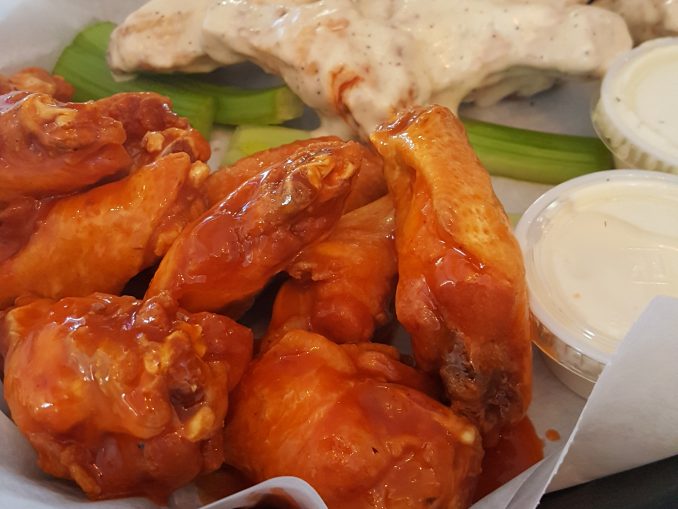 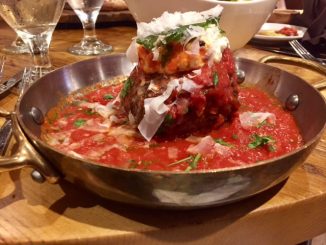 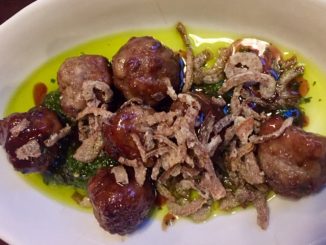 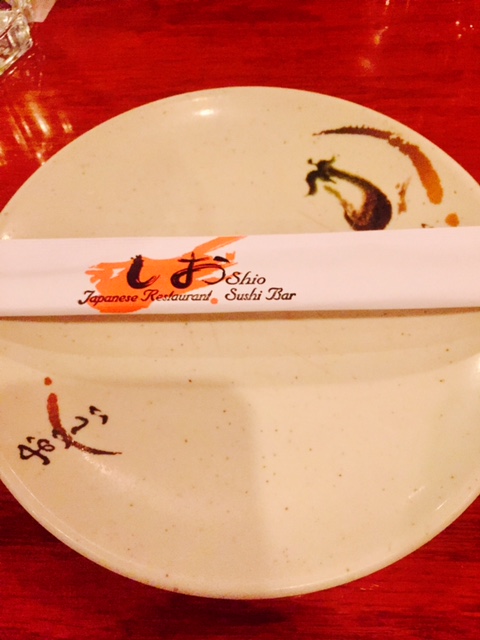 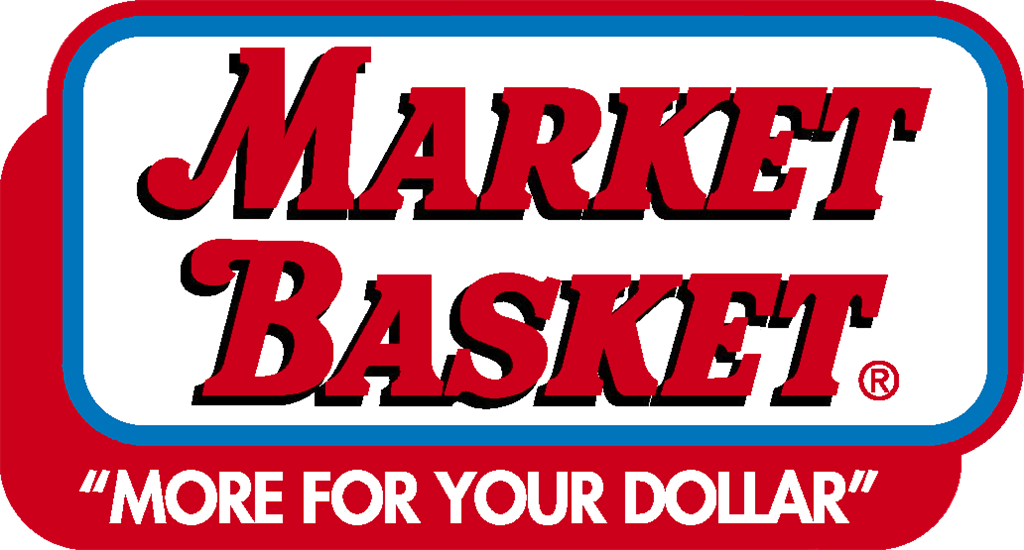